We offer confidential Counselling for anxiety and depression. We both have over twenty years experience of positive outcomes for our clients. 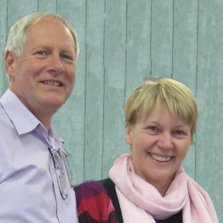 We live in South Petherton, Somerset, where we continue to offer counselling and psychotherapy for a range of issues such as anxiety, stress, relationships and much more.

Also Counselling and Psychotherapy services for individual clients, small groups and for people who are interested in personal growth and Self-Discovery.

Holotropic Breathwork is a powerful technique for those who wish to really deepen their process of self understanding.

We each hold a

We are members of the British Association for Counselling and Psychotherapy (BACP), and continue our membership with the Expressive Therapies Institute of Australia as well as the Australian Counselling Association.

Having been on the National Board of Trainers for QTERCA and helped develop the Grof Transpersonal Training from 2000 to 2004 in Australia we successfully developed our organisational skills for managing groups of trainees.

From 2003 to 2006 we worked in the teaching faculty at the Expressive Therapies Institute of Australia training students in Australia and Singapore.

We have run a private practice since 2000 where we worked with individual clients (children, adolescents and adults) and also accepted referrals from G.P's, Government agencies, such as Dept of Child Safety, Youth support agencies, Schools both within Australia and the UK

Our work at Integrative Therapies is influenced by and owes much to the following pioneers:

Dr. Mark Pearson and Dr. Helen Wilson are the directors of the  Expressive Therapies Institute of Australia. We completed our Transpersonal and Emotional Release Counselling diplomas and Graduate Certificate in Expressive Therapies with Adolescents and Children whilst studdying at the institute.

Their work has expanded into S E Asia, New Zealand and to many major cities and towns within Australia.